The origin of the Holy Bible

Learn everything about the origin of the Holy Bible. Understand how and why this book was written, turning out to be the most popular written work in the world.

You might have read or heard at least a piece of the Bible. The teachings and messages of this book are rooted in the Brazilian culture. 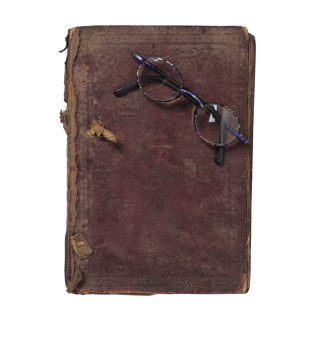 Regardless the religion or faith, the Bible is used as reference for movies, series e other books. After all, almost everything that exists in the world was already written in it a long time ago.

The Bible is the best selling book in the world. That’s why it is also the most translated and most read book on the planet. There are about eight billion Bibles in the world, and one of them may be yours. German Johann Gutenberg printed the first copy in 1450. Since then, many countries have accepted the message of the book and started to make their own versions. Brazil is the leading rank of countries that produce the most bibles, with 100 million copies issued until 2011. To attract even more readers there are dozens of thematic versions, such as Women’s Bible, Pastor’s Bible, Children’s Bible, Braille Bible and even waterproof bibles.

Brazil recently played a major role in the history of the Bible. The Bible Graphics, located in Barueri, in the countryside of São Paulo, printed the one hundredth millionth edition on May 26, 2011. From then on, the date became part of the Brazilian religious calendar. This same printing shop produces between 30 to 40 thousand Bibles per day, that is, one every three seconds.

The Bible is not an ordinary book. Its stories continue to impress humanity forever. Experts believe this book has the power to change opinions, teach life principles, and enrich the knowledge of those who read it. There are many curiosities about its production process, since it’s such a special book. See some of them below:

The ones who read this book the most in Brazil are the evangelicals. Catholics consume the contents of the book and buy it much less than imagined. Brazilian religions, such as Assembly of God, Reborn in Christ, Universal of the Kingdom of God, are the ones that buy the most, according to the Biblical Society of Brazil (SBB). This institution is philanthropic and was organized by Christian leaders in 1948 in Rio de Janeiro.

SBB alone sells about six million books a year, accounting for 70% of Bible production in Brazil. Of all that is sold, 20% is exported to 105 other countries, with translations in English, Spanish, Arabic, Hebrew and Latin. Another 30% of Bible production is up to the smaller publishers, but quite representative in the country. The Catholic publisher, Vozes, is one of them. But there are even more, such as the Adventist publishing house – Casa Publicadora Brasileira (CPB), based in Tatuí, in the countryside of São Paulo.

The CPB, for example, has several editions especially for children, teens, and several versions with study guides. A few years ago they produced special editions for Adventist Church events. This denomination alone has 62 publishers in the world.

The Catholic Church has its own bible with apocryphal books: Tobith, two books of Maccabees, Sirach, Wisdom, Judith, Baruch, as well as two chapters inserted in the books of Esther and Daniel. However, Protestants reject these books because they contain details inconsistent with the rest of the Bible.

God did the first surgery in the world, when He operated on Adam to remove one of his ribs in order to create Eve. (Genesis 2:21 and 22)

The longest chapter of the Bible is Psalm 119, and it is an acrostic. This passage has 176 verses, which are divided into 22 sections of eight verses each. Each part corresponds to one of the letters of the Hebrew alphabet.

Jesus performed the most amazing math operation in recorded history, when he multiplied five loaves of bread and two fishes to a crowd of 5,000. Even so, there were 12 baskets full of food leftover.

The smallest Bible was printed in England and weighs only 20 grams, measures 4.5 cm long, 3 cm wide and 2 cm thick. The copy has 878 pages and a series of illustrative engravings. The most curious thing is that it can only be read with the help of a magnifying glass.

Now, the largest Bible in the world has 8,048 pages. This edition weighs 547 pounds and is 2 and a half meters thick. It was produced by a cabinetmaker in Los Angeles, United States. This bible took so much work that it took two years to complete. The pages are made of a thick wooden board a meter high. The texts were engraved by hand.

Although the bible is a common book and has no reading restrictions in Brazil, it still needs to be further studied and understood. Watch the following video and understand a little more about it:

As you may already know, about 40 authors wrote the Bible in over 1,600 years. When it was first produced, it was made of clay tablets, animal skins, papyrus and even ceramic pieces. The Old Testament, made up of 39 books, was compiled since about 400 B.C. Most of the books were written in Hebrew, except for some passages in Ezra, Jeremiah, and Daniel, which were written in Aramaic.

Now, the New Testament was written after Christ’s time on earth. This part of the Bible was produced in Greek, one of the most complicated languages in the world. It was not until 1748 that the first Portuguese Bible was printed. The translation was made from the Latin Vulgate. The Bible has also been translated into more than 1,500 languages and dialects.

Doctor in Archeology and Theology

Despite the issues of faith, what is the historical truth of the Bible?

RS: Archeology helps us prove that Bible stories are real from a historical perspective. But there are things that cannot be proved scientifically, such as the trinity. Some things, only faith can explain. But to give you an idea, there is less evidence that Alexander the Great existed than Jesus. There are thousands of ancient proofs, texts, and accounts that affirm the existence of Christ. Afterwards, all of this became part of the Bible. About 99% of the New Testament texts have had their veracity proven historically. The other 1% is a matter of translation in some verses, but this was not able to jeopardize the meaning of the book. Even with so many translations, practically the entire Bible maintains the original meaning, very faithful to the original writings. So yes, the Bible is true thanks to historical studies already done.

Have you ever read the entire Bible?

Do you usually leave the Bible open on some furniture?

When you read the Bible, can you understand and appreciate its content?

Have you ever forced yourself to read the Bible?

Have you tried looking for help to better understand the Bible?

To you, the Bible is a book:

Congratulations, it’s obvious that you really love reading the Bible and try to interpret and understand it. Keep studying and try to share your content with others. Even if you already know a lot about this book, you can still find out many new things. Learn more.

It seems that you don’t like reading the Bible very much, even though you know the book inspires many people. Maybe if you start with historical books, you can enjoy their content more. Try it out and enjoy a unique knowledge. You can still find out many special things. Learn more.

You recognize that the Bible is a special book, but you still don’t like it enough to appreciate it. Maybe if you start with historical books, you can enjoy their content more. Try it out and enjoy a unique knowledge. You can still find out many special things. Learn more.

Many people consider the Bible a manual for life; others consider it a book of beautiful words. There are even those who wear it as an ornament or a lucky charm. However, it is important to know that the main purpose of this book has been to guide people ever since it was written thousands of years ago. Its letters, gospels, historical and prophetic books all promise future events, as well as telling true stories about behavior, faith, and miracles.

The Bible is a unique book on Earth. Its fascinating stories overflow people of different genres, race or social class. Many experts try to explain this phenomenon in various ways. As difficult as it may seem to be to understand everything, there is always a wise interpretation behind each sentence. Try reading it from another point of view.

In the video below, the expert in biblical archeology, Dr. Rodrigo Silva, shares more details about the Bible.

You still have questions about the Bible? No problems! There is a detailed study about the book and it may be helpful to understand the topic. Learn more.

The Bible goes far beyond the formal concept of religion. The book’s lack of understanding or different interpretations is a factor that contributes to the rising of thousands of religions in the world. However, the Bible is unique, its message is unique and does not change or adapt to denominations that are starting or ending every year. 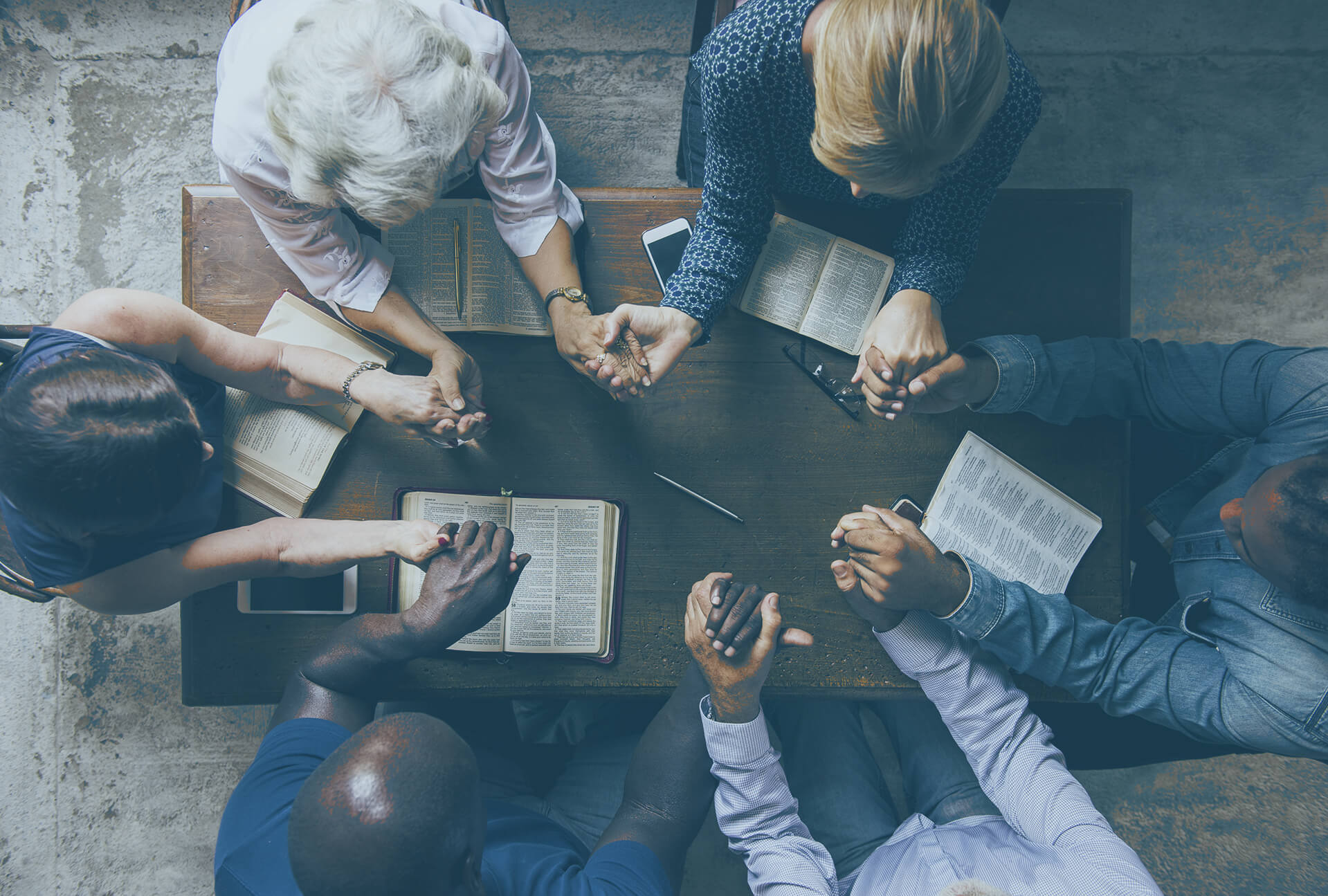