How to beat depression: diagnosis and cure

Over 300 million people are faced with depression all over the world. You don’t have to be one of them. Find out here what it the diagnosis and cure.

Depression could be hidden behind a smile, a relationship or even behind pictures of the dream trip. 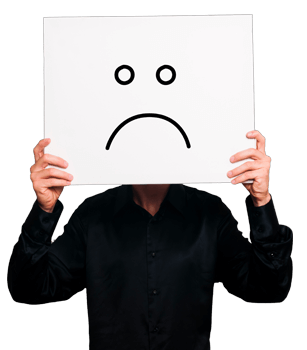 It can take people to rock bottom. But if you’re there, or know of someone who is in this situation, don’t freak out. Restarting is still a possibility.

If losing appetite is something common, evident weight gain and sadness seems to be almost permanent, beware: you might be dealing with depression, a mood disorder that can result in physical and psychological changes. It doesn’t announce its arrival, how long it’ll stay for and neither does it wait for an invitation to come.

Thus, invasively, more than 300 million people (World Health Organization) need to live with it worldwide. That number is equivalent to the population of Brazil, Argentina and Peru. That is: it surely is a lot of people. But for now, let’s put the numbers aside and talk about what drives someone to face this reality.

Silently, depression isn’t always easily identified, although it can slowly paralize the life of many. But beware: it’s always possible to start over with the right kind of help.

Psychologist and Master in Psychology graduated from the Federal University of Espírito Santo.

KC: Depression is a mood disorder characterized by the presence of depressed feeling most of the time and/or loss of pleasure in things, as well as other symptoms that occur along side it, such as sleep variations, weight loss, suicidal thoughts, fatigue, difficulty concentrating and others. For someone to be diagnosed with depression you must have a minimal amount of symptoms occurring over a certain period of time.

Life is made of experiences. Some are extremely positive, and generate joy and happiness. On the other hand, no one is free from painful situations that leave deep scars in the mind. It can be a financial problem, love disappointment, divorce, and even the loss of a job or a loved one.

This is exactly where depression finds a loophole. Factors such as alcohol and drug abuse – and the complications that result from it, the misuse of medicines and the finding of serious diseases such as HIV or cancer, are traumatic situations that also give the chance for it to come in through the front door.

How does depression affect behaviors and thoughts?

KC: The symptoms of depression are cognitive (thoughts and emotions) and behavioral. They vary from person to person, but in general there is a lot in common, such as sleep disturbance, appetite, unwillingness to do things, an inadequate sense of guilt, diminished ability to focus. There is also a psychomotor retardation that can be observed in the slow way in which people begin to perform activities that used to be performed more quickly, thoughts become more negative and there are feeling depressed most of the time.

Luís Gustavo Ferreira’s diagnosis was given at age 13 as a result of the many family problems he was going through, especially in his relationship with his parents. He felt useless, incompetent, and considered his life to be insignificant for the course of human history. “I had a nihilistic view even before I knew what nihilism was. This is not a thing for a 12, 13 year old boy to talk about”, he points out.

He emphasizes that it is not always possible to realize that the feelings that stand out are part of the structure of depression. Therefore, he believes that many people have the disease, but do not know what it is. “It’s not a disease that we wake up one day and say, ‘wow, I’m depressed,’” he explains by illustrating that there is a process until the situation reaches this stage.

But how to identify if depression is coming or if you’re already living under one roof with it? You need to do a self-analysis and be aware of what those closest to you say about your attitudes. For example, changes in behavior and physical appearance – such as weight loss or weight gain – are two of the most noticeable changes.

In this condition, one loses interest in activities that were once pleasurable, and avoids many social interactions, resulting in a withdrawal from the social circle and spending more moments alone. Mood also goes through frequent transformations, especially, the constant deep feeling of sadness, low immunity, body aches, tiredness and sleep disorders.

What are the possible consequences from depression?

KC: Depression compromises all areas of life. The individual may start decreasing their productivity at work and have problems in relationships, including social isolation. Physical health can be impaired as eating and sleeping habits change. I can’t see an area that does not suffer damage from depression.

Do you feel discouraged to do simple things in everyday life?

Do you have trouble sleeping?

Do you feel sad and unhappy?

Are you compulsively hungry or never hungry?

When your friends invite you to go out, you:

Do you think about suicide?

Regarding the future, you:

You are doing fine. Continue to see beauty in life, live surrounded by people and help those who may not be in such a favorable situation as yours. Valuing others and being aware of their needs can make all the difference. Learn more.

Stay alert. You are not at a worrying stage, but it is always good to evaluate your decisions, attitudes and behavior. If in doubt, seek expert advice for a routine evaluation. Do not allow depression to enter into your life. Learn more.

If these feelings have persisted for more than two weeks, go see a professional to give you a more accurate diagnosis and help you, if necessary. Do not let depression make you a victim. SEEK HELP! Learn more.

Sometimes this state of emotional turbulence forces one to wear masks to fake that everything is ok. “I spend most of my day alone. I don’t interact much. But with my friends I always try to look happy, but I never am ”, reveals Luís Gustavo Ferreira, a 26 year old man currently living alone in a city in the countryside of São Paulo.

In its definition, depression is something that paralyzes and causes the individual to stop believing he can be relevant to other people. “You only exist in your world of loneliness and emptiness. You stop believing in yourself, pursuing dreams and goals, ”says the young man, who abandoned the dream of studying abroad and stopped dedicating to music practicing.

Sometimes the person who’s going through this situation is misunderstood. Their behavior is viewed with disregard and classified in ways that further alienate the individual from social life. In the case of Luis, for example, his parents lack knowledge about what he faces on a daily basis. “They still have that old idea that depression is just laziness, pickiness or too much free time”, he says.

Therefore, closeness is one way to prevent the disorder from being treated in this way. When you are interested in hearing what the other has to say, the possibility of empathy becomes much greater. Reading about it can also help you understand the burden of pain, the challenges, and what action can be taken to offer help.

How should people deal with those who are struggling with depression?

KC: There really is still a lot of stigma surrounding the condition of the depressed person. Those who live with this individual need to establish a relationship that is welcoming, unprejudiced, and helpful, even though the daily results of the whole effort of help might seem insignificant at times.

In order to help, the first step is to better understand depression. Without breaking the stigmas, we do not produce proper conducts. Another important factor is to be a support for the person, respecting the way they feel, but trying to put them in touch with experiences that may be good and that motivate them to react. As we talk we should focus on the positive aspects of life, invite the person to events or situations where they may feel a little better, and encourage them to seek professional help.

“I’m sure that the best way to help is to be there for those who suffer from depression. Even though the person might shut down and isolate themselves, it’s important to know there is someone they can count on”, believes Luis Gustavo Ferreira.

You can read below about some historic personalities that struggled with depression:

Ludwig Van Beethoven, one of the most recognized music composers of all time, also struggled with the disease. He had a life scared by pain. As a child, he was forced by his father to study piano for several hours a day to become a success, just like Mozart. He lost his mother as a teenager and had to take care of his brothers, since his father had lost his job because of alcoholism. He suffered love disappointments that impacted his life and, at age 26, began to lose his hearing ability, facts that deeply upset him.

Considered the father of aviation, Santos Dumont worked tirelessly to prove that man could fly. He made France his test lab until, in 1901, he was able to fly around the Eiffel Tower with his no. 6 blimp. The 14-bis was his major contribution to aviation development. But multiple sclerosis, which struck him at the age of 30, and the disappointment of seeing his great invention used as an instrument of war led him into deep depression and committing suicide in 1932.

The powerful former British Prime Minister became known worldwide for his role during World War II, when the United Kingdom suffered severe blows from Nazi Germany. He basically devoted all his energies to politics. Churchill had a strong personality and faced lifelong depressive crises. He named those moments “black dog.”

Critically acclaimed, the British singer, Adele, suffered from depression after the birth of her son. She turned out to be “very dark-faced” and “very leaning to depression.” But her history began early at age 10 when she lost her grandfather. As a young girl, she went to therapy to face what she called to be her “very dark side.”

Well known throughout Brazil, especially for his musical and literary career, Father Marcelo Rossi fought against depression, which led him to lose 60 pounds. After overcoming the disorder, which he says he got with the help of people who “said great things to me, sang to me,” Rossi also wrote books that seek to help others succeed.

GO BACK TO SMILING

Can depression be defeated? According to specialists, it sure can. During that process, a few steps must be considered:

How is it possible to go back to living a normal life?

KC: First, by recognizing that depression exists, and seeking the appropriate treatment for each case. In practical terms, developing a more appropriate mindset, correcting the distortions produced by a depressed mind, and acting out of will (because you almost don’t feel like doing anything with depression and you can’t wait around for it to appear) are very important steps.

“I think the main lesson is understanding that the mind rules our lives. We can learn to control our mind. Those who go through depression and learn these lessons become much stronger and more emotionally healthy than they were before they developed this problem,” claims psychologist Karyne Correia.

No matter your social position, profession or the amount of money available in your bank account: depression can strike anyone and everyone. But there is, beyond all that you have learned so far, another way to overcome it: with God’s help. The Bible brings hope to anyone going through such a delicate moment. Learn more. 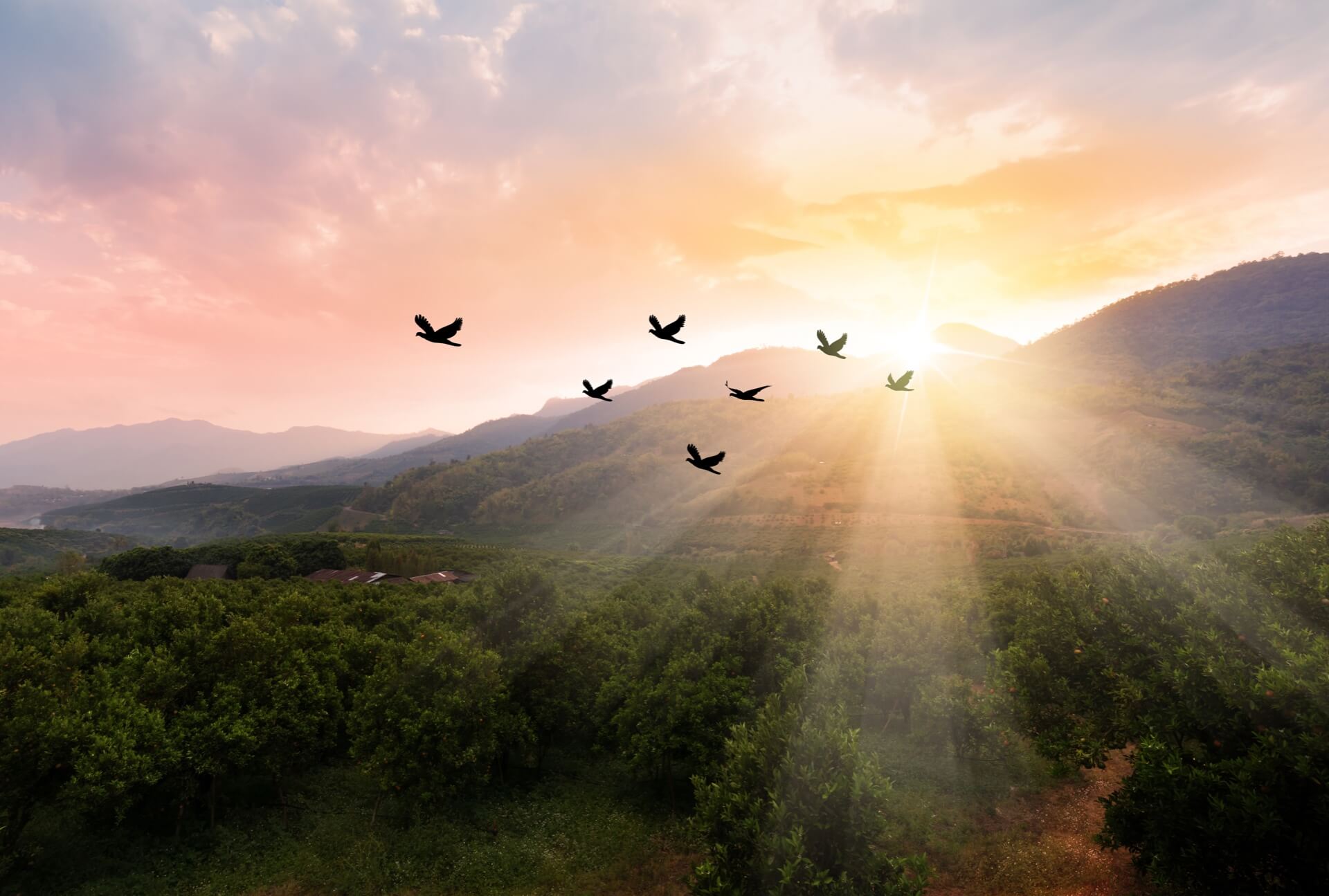