Faith to change your life

Experts state that exercising faith is good for the mind and body, no matter what the religious belief might be. More than that, faith is a path to change your life.

Faith is the absolute certainty that there is truth in a specific assumption. Therefore, faith is a relation of trust based on love and affection. 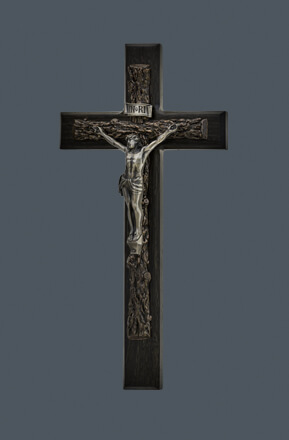 In other words, faith is far beyond the well known verbs believe or trust. Above all, is goes far beyond any specific religion.

Although the term faith is related to religion, its practice goes far beyond that. It’s possible for an individual to have faith in an object, an animal, an element of nature, another human being, himself, ideologies, and even supernatural forces. So, faith can be understood by some people as an irrational action, as it does not take into account the existence of scientific evidences.

What is known is that faith manifests itself in various forms in the body, mind, and life of those who believe. Above all, the main reflexes occur in the emotional life of human beings. This goes beyond scientific understanding, but is of interest to neuroscientists.

In the religious context, faith can mean many things, from belief in a god or belief in religious dogma. It’s faith that keeps the faithful involved and motivated in their religious beliefs and practices. At this point, there is a common agreement that the term faith almost always refers people to God, the Creator, the Messiah, Jehovah, among other names.

The exercise of faith is what makes the rational being establish a relationship with another real or subjective element. This relationship is maintained by a communication known as prayer, plea or saying grace. For the individual to sustain this communication and believe that his prayer is being heard, it takes faith. This is why faith and prayer go hand in hand.

Prayer as faith manifestation is a common practice among Christians, Muslims, Catholics, and other religious groups. Its psychological and physical effects have been scientifically proven. Learn more details about this in the following video:

How does faith, and therefore daily prayer, affect synapses?

Alberto Nery (AN): This is a topic on which much research has been done lately. Neuroscientist Andrew Newberg, for example, while analyzing brain images of an evangelical pastor during a prayer time, noted a greater activity of the areas of language and frontal lobes. With this, he concluded that prayer in the Judeo-Christian tradition has an effect similar to that of talking to real people and that in prayer, religious people experience a neurologically real experience. Neuroscientist Richard Davidson, on the other hand, defends the idea that the human brain can be shaped through experiences such as prayer and meditation. Newberg agrees with Davidson’s view that prayer can function as a sort of “mental strengthening exercise” and points to the positive aspects of prayer in controlling anxiety and depression, developing empathy, and improving cognitive and intellectual functioning. Besides that, prayer can help soothe the effects of aging and stress. Newberg, however, points out that non-religious people through meditation can also achieve these positive effects, for example.

"Prayer in the Judeo-Christian tradition has an effect similar to that of talking to real people", says the psychologist Alberto Neri.

How does psychology understand brain behavior during prayer?

AN: The Psychological approach, while not ignoring neurological issues, focuses more on cognitive and emotional issues. Thus, more than just changes in brain functioning during prayer, Psychology focuses on the effects of prayer on the individual’s life as a whole. Thus, we can mention, for example, the studies of Ken Pargament, Harold Koening, Kevin Ladd and Bernand Spilka, which point to prayer and other religious and spiritual practices as factors in coping with life’s difficulties, as well as health boosting and improvement in quality of life, and as a source of direction for an existential purpose.

There are studies that point to a specific brain area for worship. Advocates of this view conclude that because of this man was made to worship a higher being. What is your opinion on the matter?

AN: This idea was mainly popularized by studies such as Matthew Alper, author of “The God Part of Brain”, Dean Hamer in “The God Gene”, and Andrew Newberg in “Why God Won’t Go Away”. It is worth remembering that in both cases the theoretical basis is evolutionary psychology and the central idea is not that God would have created the human brain capable of relating to Him, but that the human brain would have developed this characteristic through mechanisms of adaptation, since the search for transcendence would be a kind of evolutionary advantage. Even so, in the scientific world there is a lot of suspicion about these proposals, and their own authors are reticent about their findings. In particular, I understand that any attempt to scientifically prove divine existence is beyond a fundamental principle, which is the notion that the best way to approach God is through faith. My belief in God cannot depend on scientific proof, whether biological or otherwise, because then faith would be left in the background. The greatest motivation for believing must be based on spiritual evidence, such as Bible study and one’s personal relationship with God.

For an individual to be considered ethical and good, does he have to have a religion?

For you, the theory of evolution is...

How do you think the universe came to be?

In your opinion, God is

Do you believe that Satan exists?

What role does God play in the world?

Are you in favor of religious teaching in schools?

You truly believe that God exists, although you do not have a clear view of God’s character. Because of your religious upbringing and life experience, your image of Him is based on fear and superiority. You still need to practice developing a friendly relationship with Him. Want help? Learn more.

You do not believe in God, nor do you understand another’s belief in Him. You may not have had a chance to know more about Him or the logic of your existence. This is also due to your rational behavior. What do you think about learning more about God from the Bible? Learn more.

You believe that God exists, and above all, maintains an intimate relationship with Him. Your life, decisions, and relationships are based on your faith in Him. In a very balanced way, you walk hand in hand with faith and your beliefs. Since you enjoy being with Him so much, learn more about God.

Prayer is taken as a conversation. However, it is a conversation in which only one speaks. This which sounds a bit similar to writing a journal, where many just pour out their hearts. So, could prayer be considered a kind of therapy?

AN: Newberg’s studies, for example, show that the experience of praying for a believer can by no means be considered “one-way” because in neurological and cognitive terms the believer has the experience of receiving answers, or of listening to God’s voice. Similarly, in psychotherapy, with rare exceptions, dialogue is a key factor in the healing and self-awareness process. In most cases the psychologist is not just a listener but a conversation partner. Thus, there are similarities between prayer and psychotherapy, not because of the absence of answers, but precisely because in both cases it is possible to experience answers and arrive at a redirection, or a new way of facing life and its contingencies. In this sense, the comparison between the practice of prayer and psychotherapy is a valid one.

In the Bible the concept of faith is closely related to trust, providing, and resilience. It is translated as full belief and conviction in the unseen (Hebrews 11: 1).

For Catholics, according to the Compendium of the Catechism of the Catholic Church, faith is the belief in God and all that He said or wrote to man. That is, faith is the basis for the relationship between creator and creature in the religious logic built above. Want more on this subject from a biblical perspective? Learn more.

Since it’s a conversation, many expect an immediate “yes” from God. This expectation, when not fulfilled, generates frustration. How to deal with this frustration from a psychological point of view?

AN: Indeed, the expectation of an immediate positive response to prayer exists in the minds of many believers. However, a deeper analysis of the prayer topic in the Bible rejects this conclusion. As far as an appropriate way of dealing with this is concerned, I understand that the best approach is for believers to be instructed in the theology of prayer, so that their perception and expectations of prayer can be placed in the right perspective, therefore avoiding this kind frustration. It turns out to be an intervention of a more intellectual than psychological nature. This can help even in the case of a person who comes to the clinic office, presenting with feelings of frustration that come from this unrealistic expectation of prayer.

Faith also carries a load of negative aspects. Since faith is tied to religiousness, there is also intolerance. Faithful people of hundreds of religions around the world confess that the practice of their beliefs often generates prejudice and judgment. Some religious organizations struggle to contain intolerance, but there is still a long way to go.

Practical faith is also a concept explored in community, that’s why there are thousands of religions in the world. For many years, people have been trying to raise that number, but every day there are new religious flags arising. Either way, there are eight major religions, they are: Christianity, Islam, Hinduism, Buddhism, Sikhism, Judaism, Spiritism, and traditional Chinese religion.

The largest religion of all is Christianity, with nearly 2.2 billion believers in the world. Christianity has numerous variations and different forms of worship. In the West, Christians are even more popular, because there is great support to religious freedom.

The Bible is the greatest symbol of faith and therefore speaks a lot about the subject. Interpretive reading helps understand more about the topic from the divine perspective. Learn more 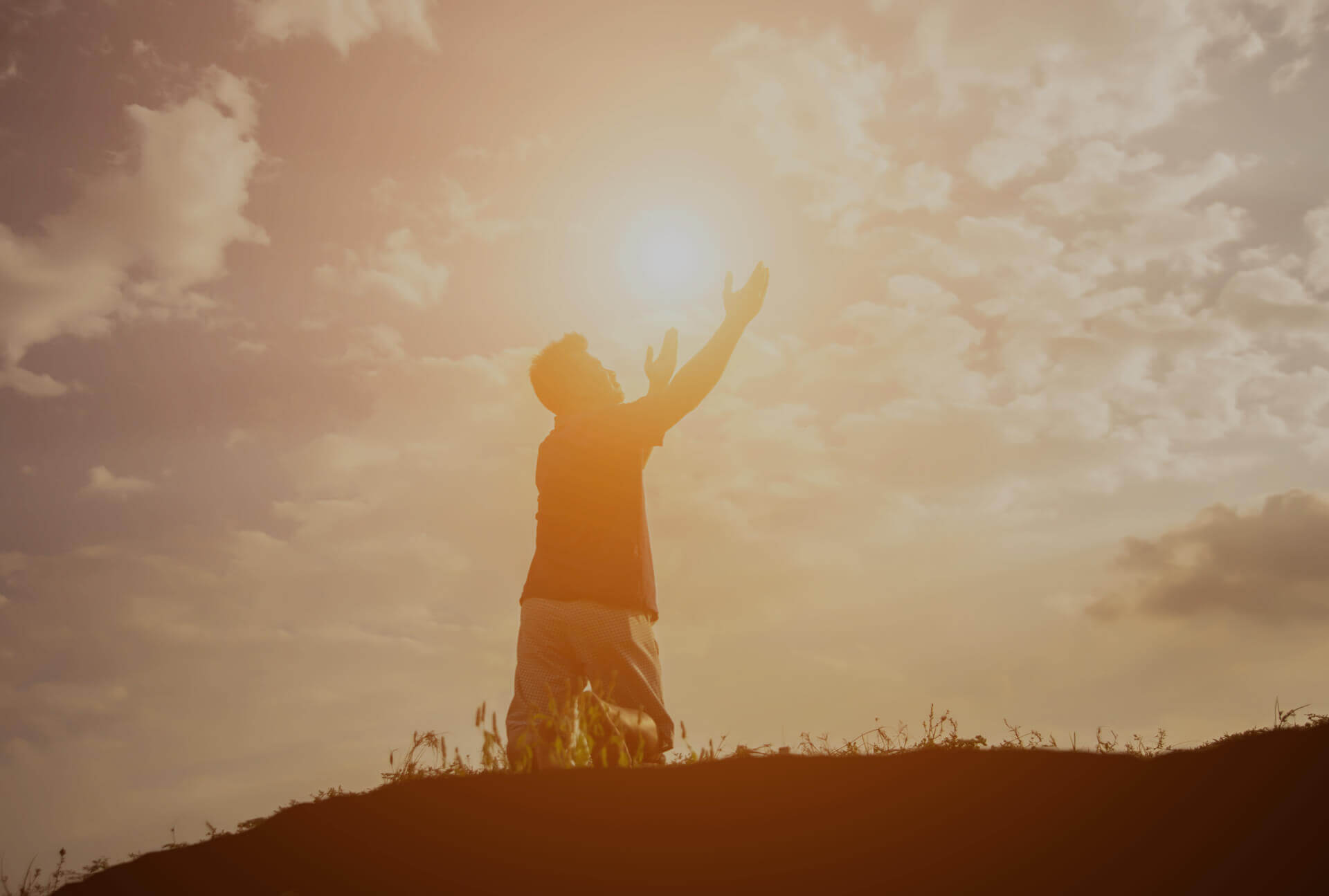